There’s lots of advice online for people who are worried about getting complaints from neighbors to go and practice harmonica (or whatever your instrument is) in your car to keep that from happening. But practicing in your car can be dangerous.

Let me tell you a story. 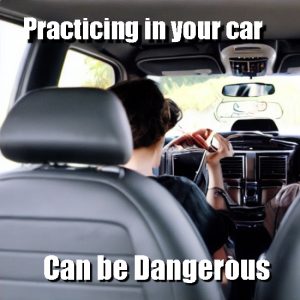 One time a few years back I was staying in an Airbnb in what looked like a fairly nice area of Richmond Virginia. Not wanting to miss out on any practice time, I brought a guitar and harmonicas with me.

There wasn’t any time to practice during the day, and the Airbnb space was in the basement of these people’s house. So, to practice at night I figured the only place I really could play without getting complaints was in my car which was parallel parked on the street.

With that particular vehicle, I had the most room and it was the most convenient to practice while sitting in the front passenger seat, pushing the seat back as far as it would go and using some of the dashboard to line up harmonicas, lyrics, et cetera.

So, I had my guitar strapped on and my harmonica rack and was practicing away and things seemed good, at least at first.

There wasn’t any foot traffic to speak of on this tree-lined street and what people did walk by pretended they didn’t see the crazy guy doing weird things just off their sidewalk.

Of course, I had the windows rolled up – just practicing here, folks. Not trying to perform.

But after practicing for a while, I started to notice something strange. The house next door to the Airbnb kept getting visitors. and I don’t mean people would drive up, go in and stay awhile like friends would do.

No, these cars were pulling up and quickly parking or even just staying in the middle of the street, and someone would come up to the houses’ wide front porch. They would be there for less than a minute, get back in the car and then the car would quickly drive away.

This was happening over and over again and had started as soon as it had gotten dark.

You can fill in the blanks what was going on, but what really got me concerned is that possibly the “commercial next-door concern” had noticed me (I mean, I was sitting in the front seat of a car purposely making noise, right?) and was starting to see me as a very creative police observation stakeout.

I improvised the best I could

I didn’t want to stop practicing, so as a good musician I improvised the best I could with the situation. 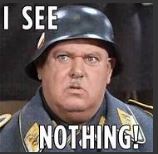 For the rest of my practice session I just kept my head down and was like Sergeant Schultz in Hogan’s Heroes: “I see nossing! I see nossing!”

Luckily no one came up and confronted me that night but if I had done it again for another night, who knows what would have happened.

So, practicing in the car is great, but don’t be like a lot of blues guys and play the entire time with your eyes closed – keep aware of your surroundings. 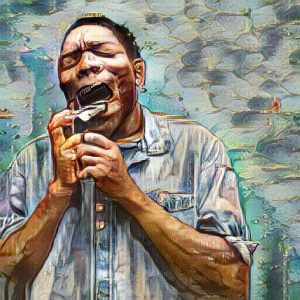 That is, unless you discover like I did in this case, that it’s best to pretend that you don’t know what’s going on.

The main thing is – just keep on practicing and keep on harpin’!

We use cookies on our website to give you the most relevant experience by remembering your preferences and repeat visits. By clicking “Accept”, you consent to the use of ALL the cookies.
Do not sell my personal information.
Cookie SettingsAccept
Manage consent

This website uses cookies to improve your experience while you navigate through the website. Out of these, the cookies that are categorized as necessary are stored on your browser as they are essential for the working of basic functionalities of the website. We also use third-party cookies that help us analyze and understand how you use this website. These cookies will be stored in your browser only with your consent. You also have the option to opt-out of these cookies. But opting out of some of these cookies may affect your browsing experience.
Necessary Always Enabled
Necessary cookies are absolutely essential for the website to function properly. These cookies ensure basic functionalities and security features of the website, anonymously.
Functional
Functional cookies help to perform certain functionalities like sharing the content of the website on social media platforms, collect feedbacks, and other third-party features.
Performance
Performance cookies are used to understand and analyze the key performance indexes of the website which helps in delivering a better user experience for the visitors.
Analytics
Analytical cookies are used to understand how visitors interact with the website. These cookies help provide information on metrics the number of visitors, bounce rate, traffic source, etc.
Advertisement
Advertisement cookies are used to provide visitors with relevant ads and marketing campaigns. These cookies track visitors across websites and collect information to provide customized ads.
Others
Other uncategorized cookies are those that are being analyzed and have not been classified into a category as yet.
SAVE & ACCEPT
The owner of this website is a participant in the Amazon Services LLC Associates Program, an affiliate advertising program designed to provide a means for sites to earn advertising fees by advertising and linking to Amazon properties including, but not limited to, amazon.com, endless.com, myhabit.com, smallparts.com, or amazonwireless.com.
Home Privacy Policy Terms Of Use Practicing in Your Car Can Be Dangerous Practicing in Your Car Can Be Dangerous Affiliate Disclosure Amazon Affiliate Disclaimer DMCA Earnings Disclaimer